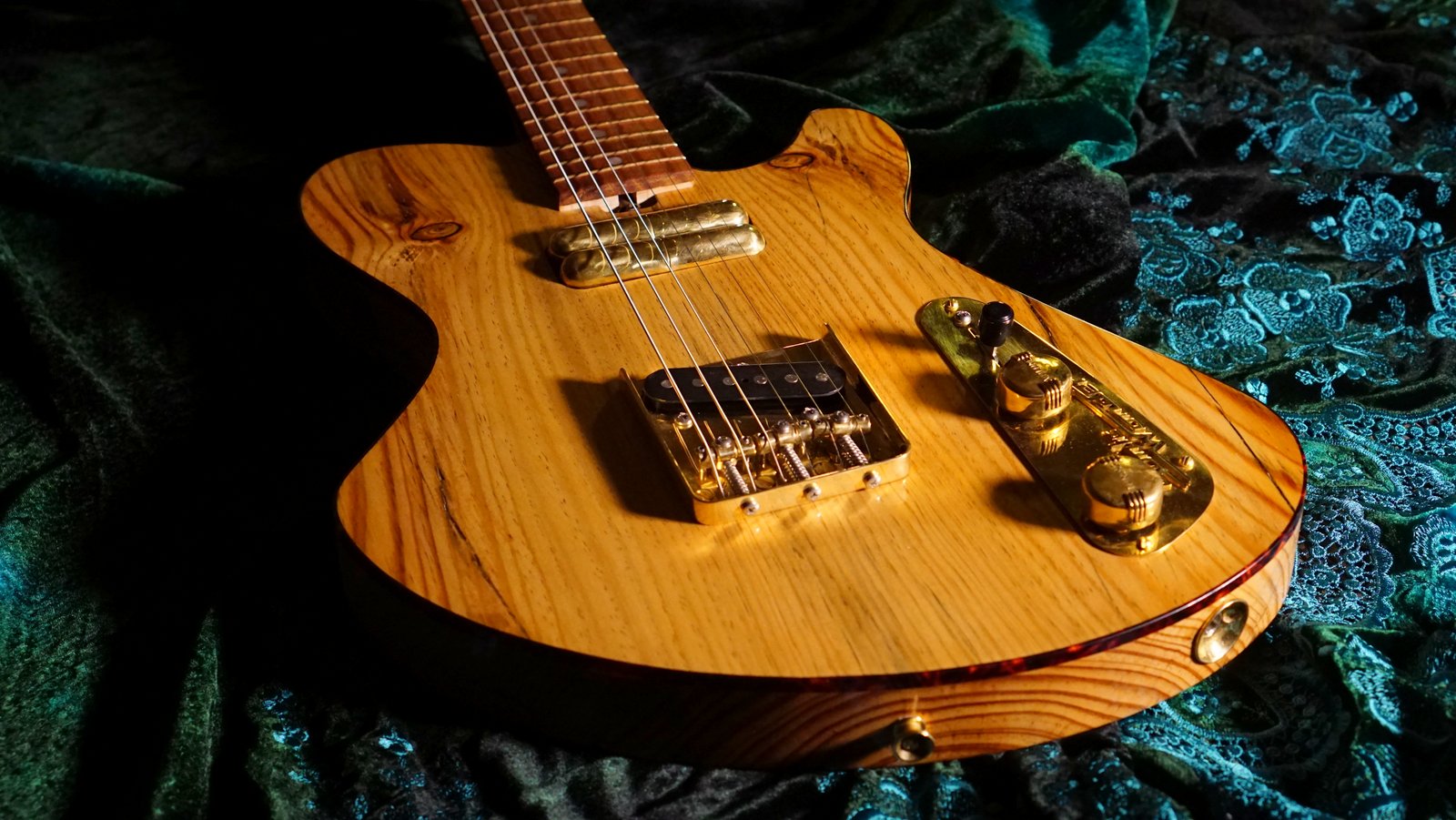 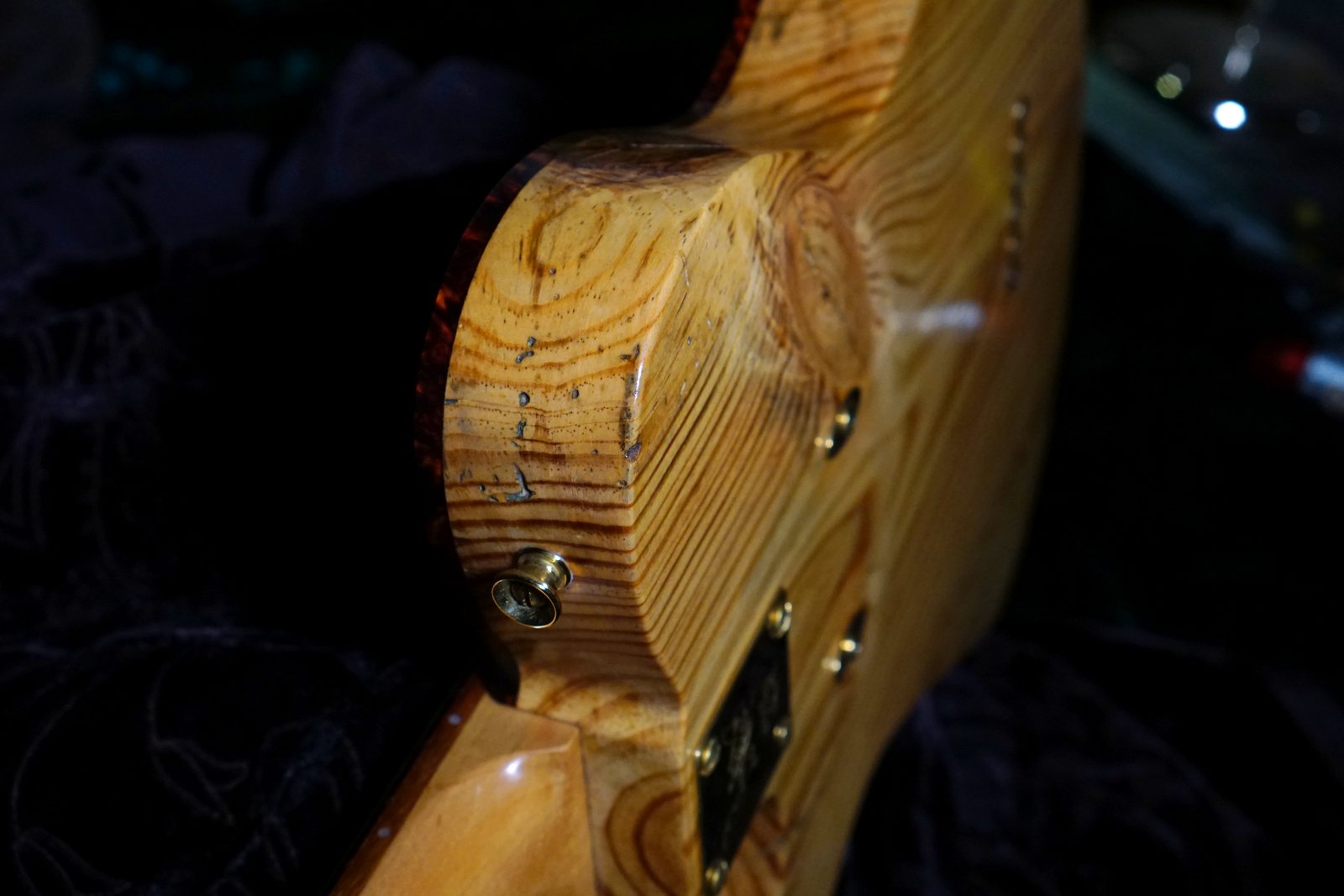 Harnesing the Beauty, the Tonal Characteristics, and the History of the Jerusalem Pine in an Electric Guitar.

I’m not sure that many people are aware of the fact that the first Telecaster-the Esquire was actually a hollowbody pine guitar.
Leo Fender simply used the white pine boards for his amp cabinets and made the first ones with that material in mind.
It didn’t take him long to realize that white pine is a little bit soft and therefore difficult to work on while routing all the cavities for the pickups and electronics, so he switched to ash and alder, which was cheap and easy to get.
Years ago, when I’ve heard a demo of one of the original pine Telecasters
with a few modern ones that were made from old slabs of white pine, I was hooked.

The sound was rich and punchy, extremely warm and full, unlike the standard ones’ super-bright and somewhat thin tone. 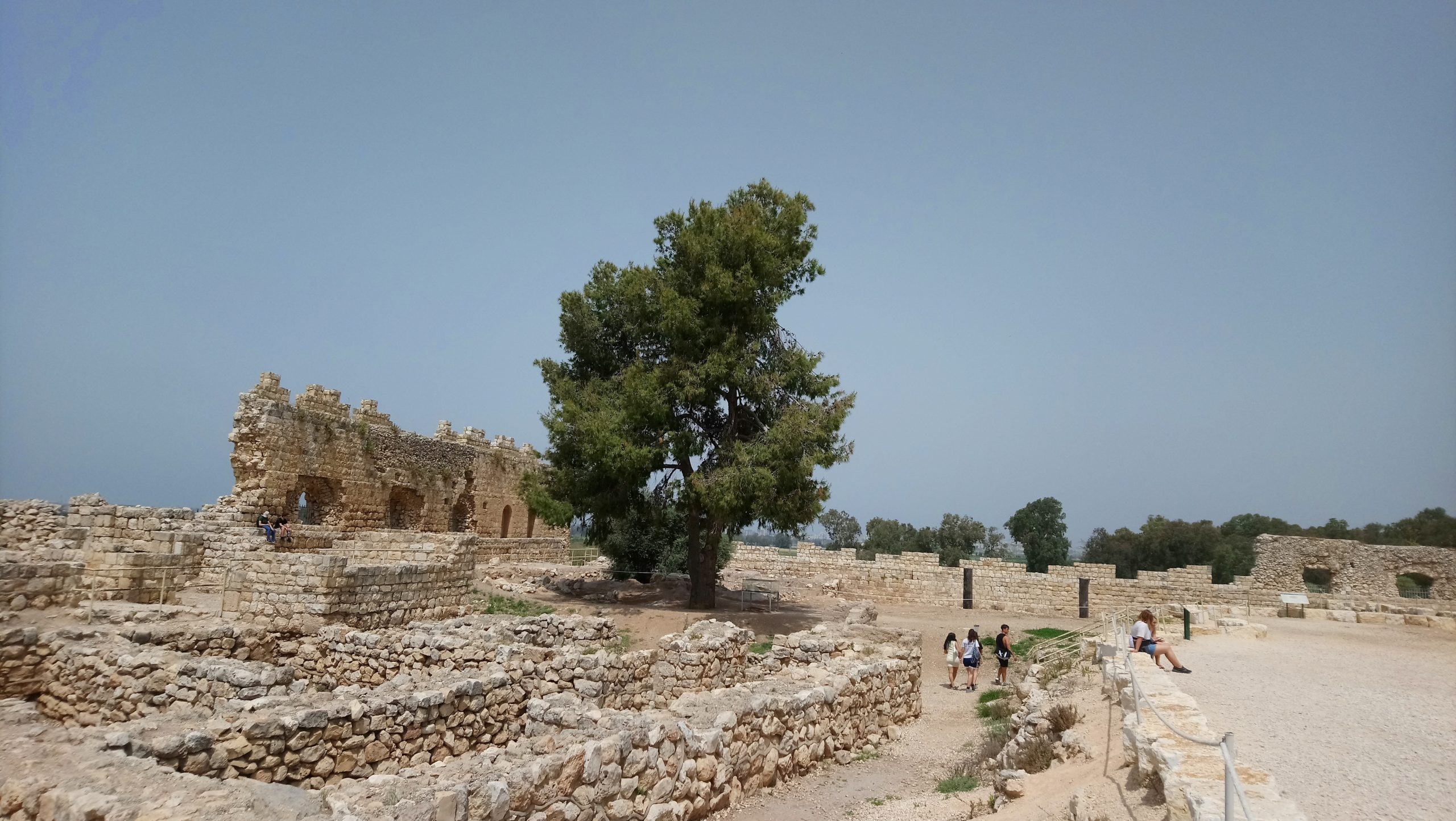 An old Jerusalem Pine at the ruins of Tel Afeq-ANTIPATRIS , in Israel. 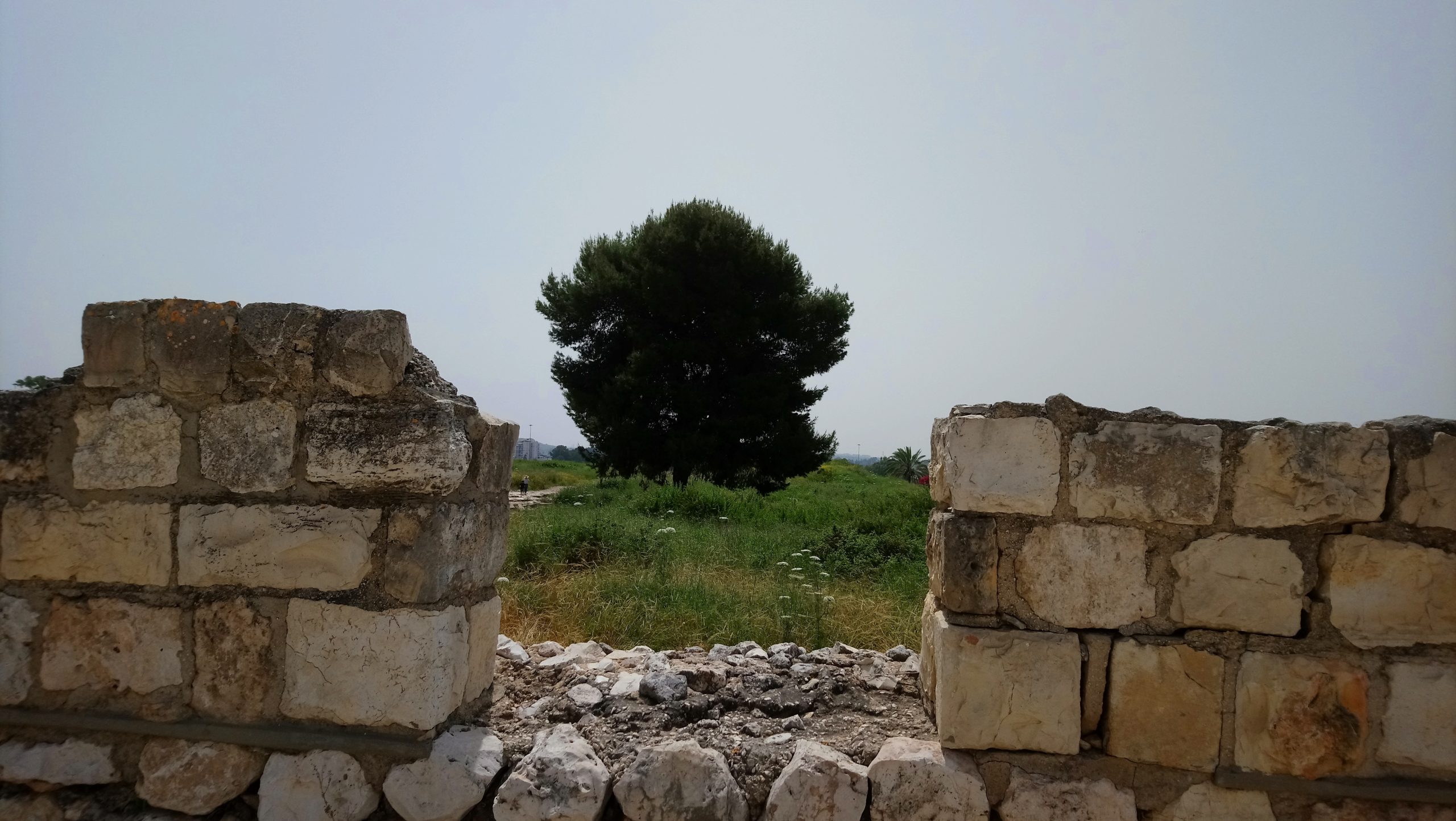 A Jerusalem Pine at the ruins of the ancient Roman Cardo-the Main Street near the fortress of Tel Afeq. (photo-David Weizmann)

The first guitars I designed were made from reclaimed white pine.
They were hollow-body guitars equipped with p-90 pickups.
This combination had a super responsive tone with a huge projection; however, the lumber itself was soft, the tone was extremely warm, and with various pickup combinations, it was sometimes a little bit muddy.
Since I liked the overall tonal characteristics, I was looking for another
coniferous lumber, and after almost a year, I’ve found some ancient logs of salvaged Jerusalem Pine.
It didn’t take me long to realize that this is exactly what I’ve been looking for. 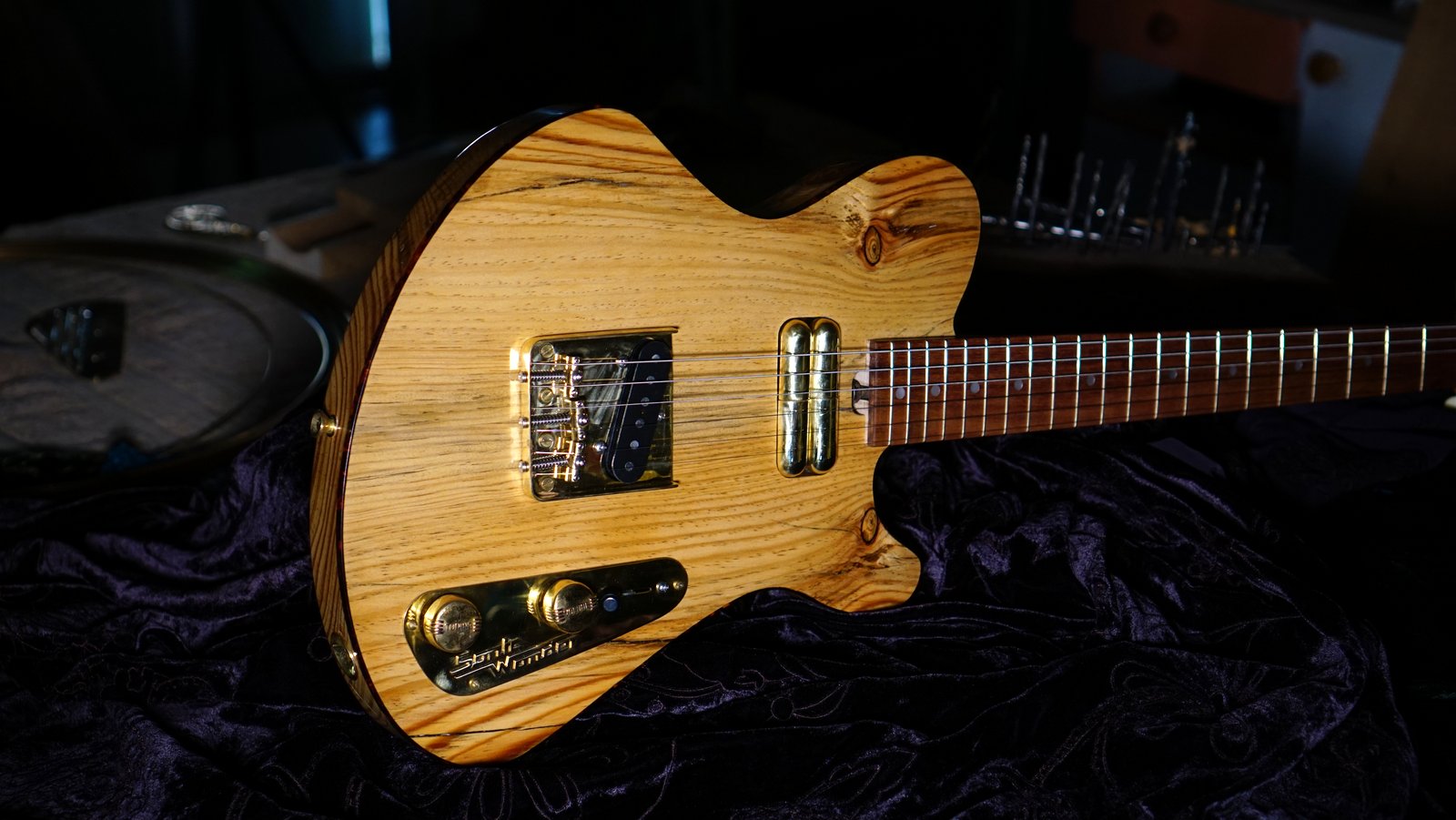 Yours truly with a Jerusalem Pine Sonic Wonder Guitar

The local Jerusalem Pine is harder than the American or European white pine.
It is brighter in tone and, unlike white pine, which has a sex appeal of an eighties coffee table, the Jerusalem pine can be extremely figurative due to the harsh conditions and relatively dry climate.
The exposure of the bark by various insects allows various types of fungi
to set in and create dark stripes of blue/black colorations along with the crystalization of the ancient resin.
As always, I love using local salvaged lumber because its sustainable and because of its historical significance. 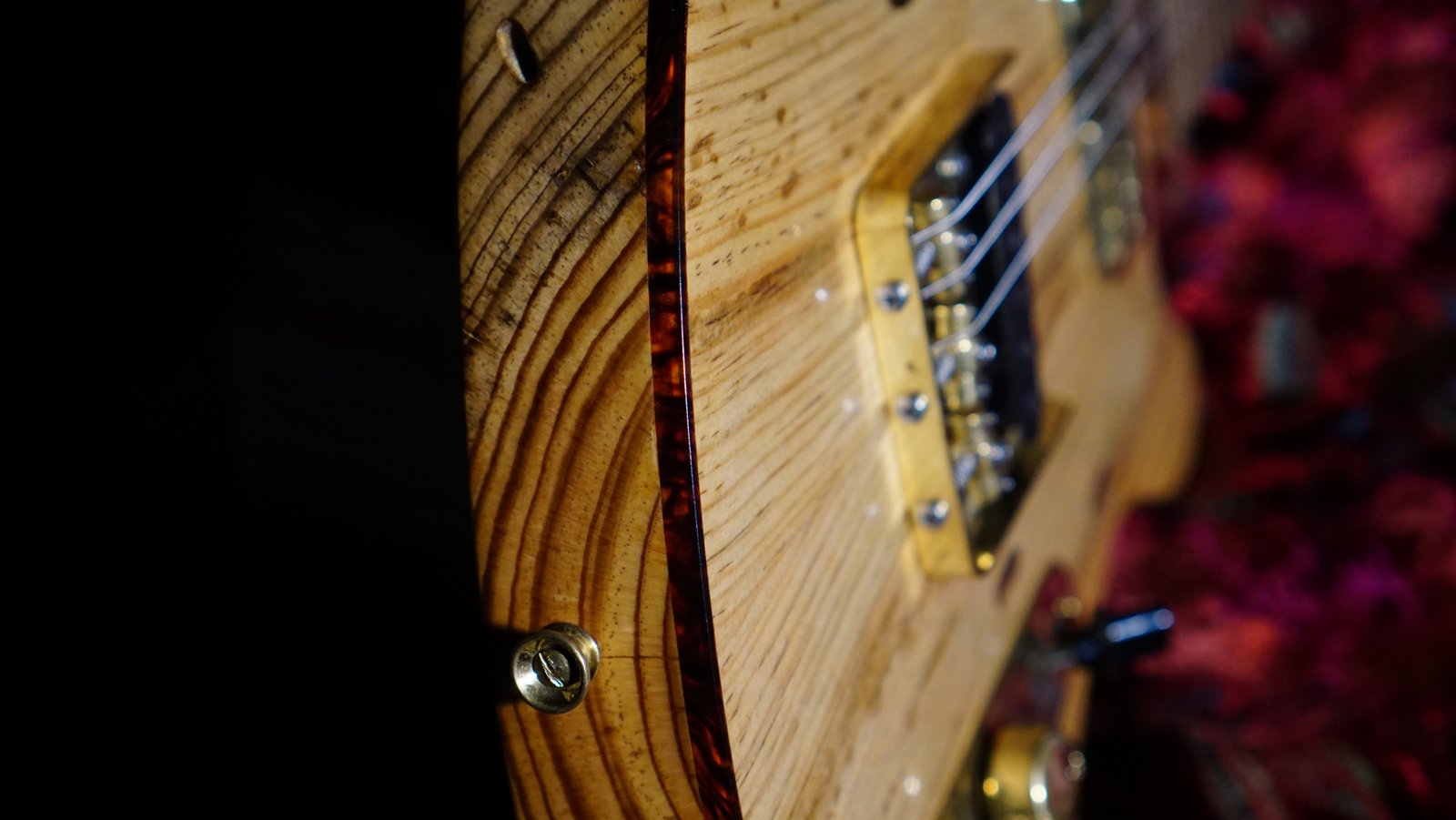 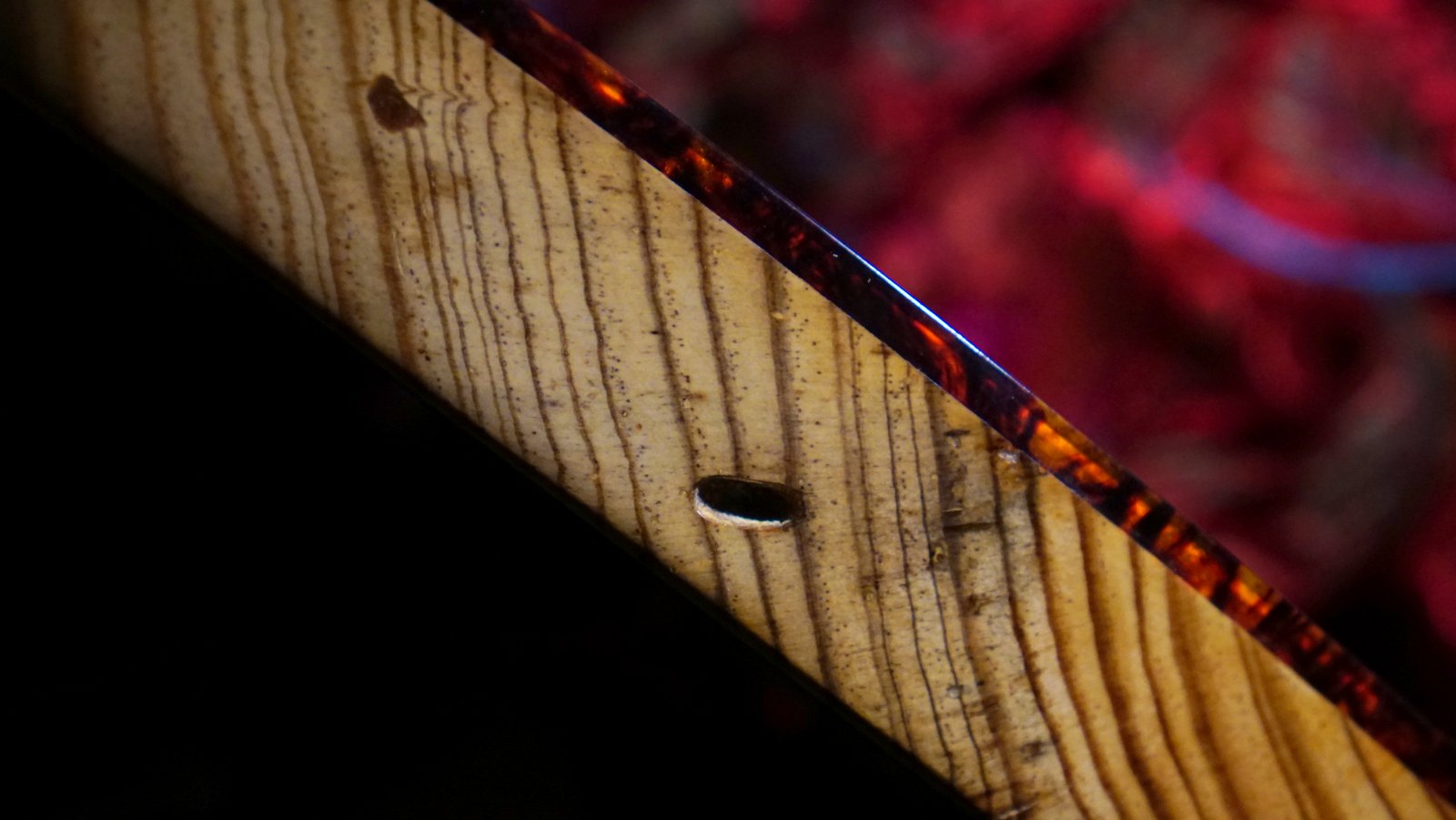 Ancient salvaged Jerusalem Pine Guitar. the wood had years of exposure to the elements. I didn’t seal these old wormholes…

The Jerusalem pine has been used for a few millennia as a building material. The seeds are being used for various traditional Mediterranean dishes, while its resin has medicinal properties.

In its native area, the Jerusalem Pine  is widely planted for its fine timber,

In Israel, natural patches of Jerusalem pine forests can be found in the Galilee and the Carmel regions.

Besides its great and soothing scent, the aromatic aerosol compounds released by pine trees create particles known as Pinene. As they rise above pine forests, they form cloud droplets, which in their turn form rain and have a cooling effect; however, for us guitar players, the most important factor is the guitar’s tone.

I’ve discovered that by using ancient pieces of Jerusalem pine and Mediterranean Cypress, I was able to recreate that magical tone of the best vintage instruments in a consistent way. 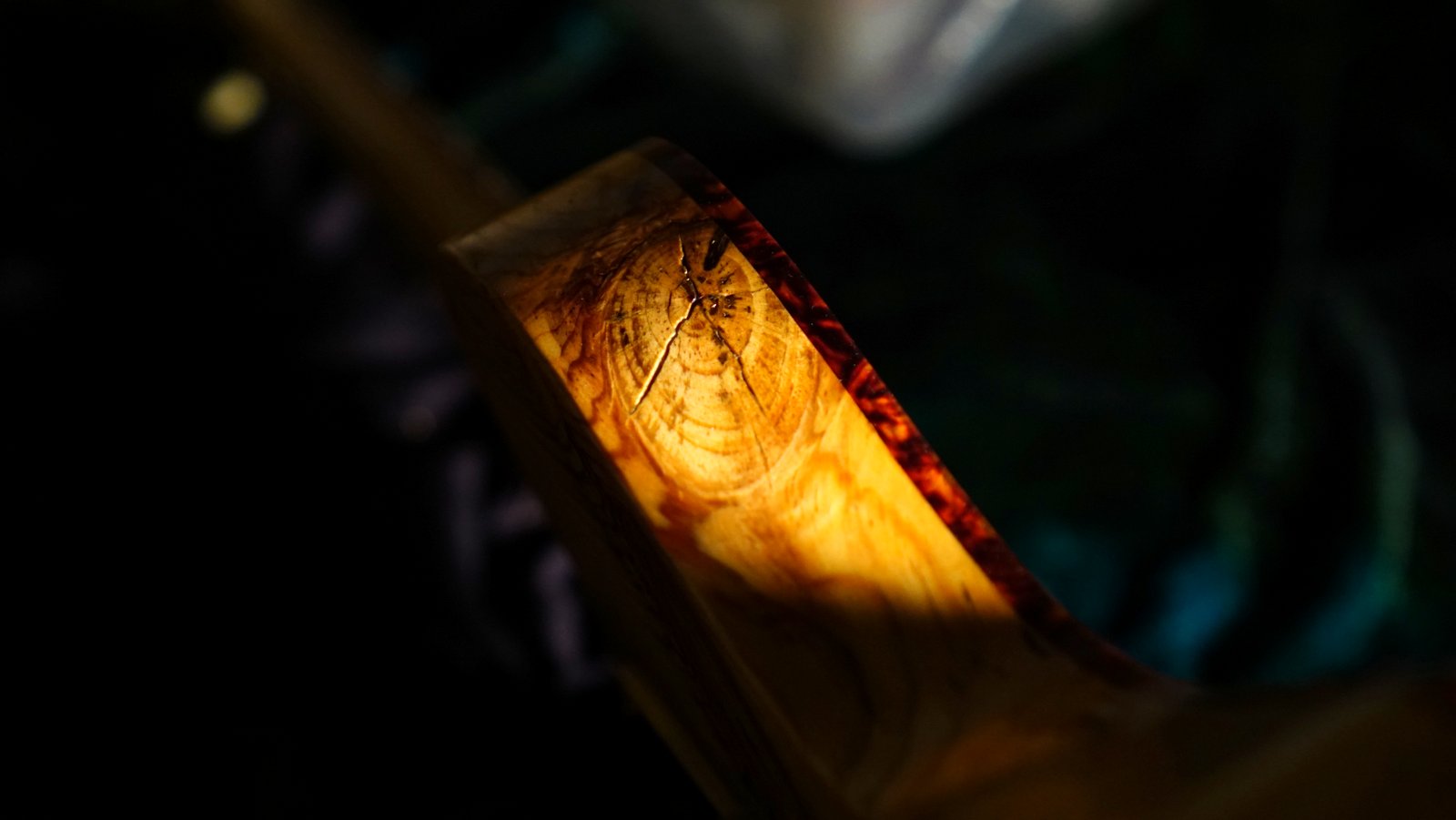 The guitar’s tonewood doesn’t “add” anything to the tone itself.
It acts like a filter that absorbs various frequencies.
Most of the demos out there are done with an overdriven amp, distortion pedals, and the like, so the result is that most of the tone comes from the amp, not the guitar; therefore, these demos are useless.

By applying these coniferous types of lumber with various pickups, the overall formula of the guitar, and the quality of the craftsmanship, I was able to “isolate” the desired tonal qualities and create instruments that
can produce the best vintage guitar tones out there.
These guitars were designed to recreate the classic tones of the late 50s the late 60s and early seveties with various guitar heros tones such as Jimmy Page, Rory Gallagher, Peter Green with his out of phase humbuckers, Cream era Clapton, and even Keith Richards with his 53′ Tele “Micawber”.
Over the next few weeks, I will upload more demos of the Jerusalem Pine Sonic Wonder and Spirit of the Wind guitars. 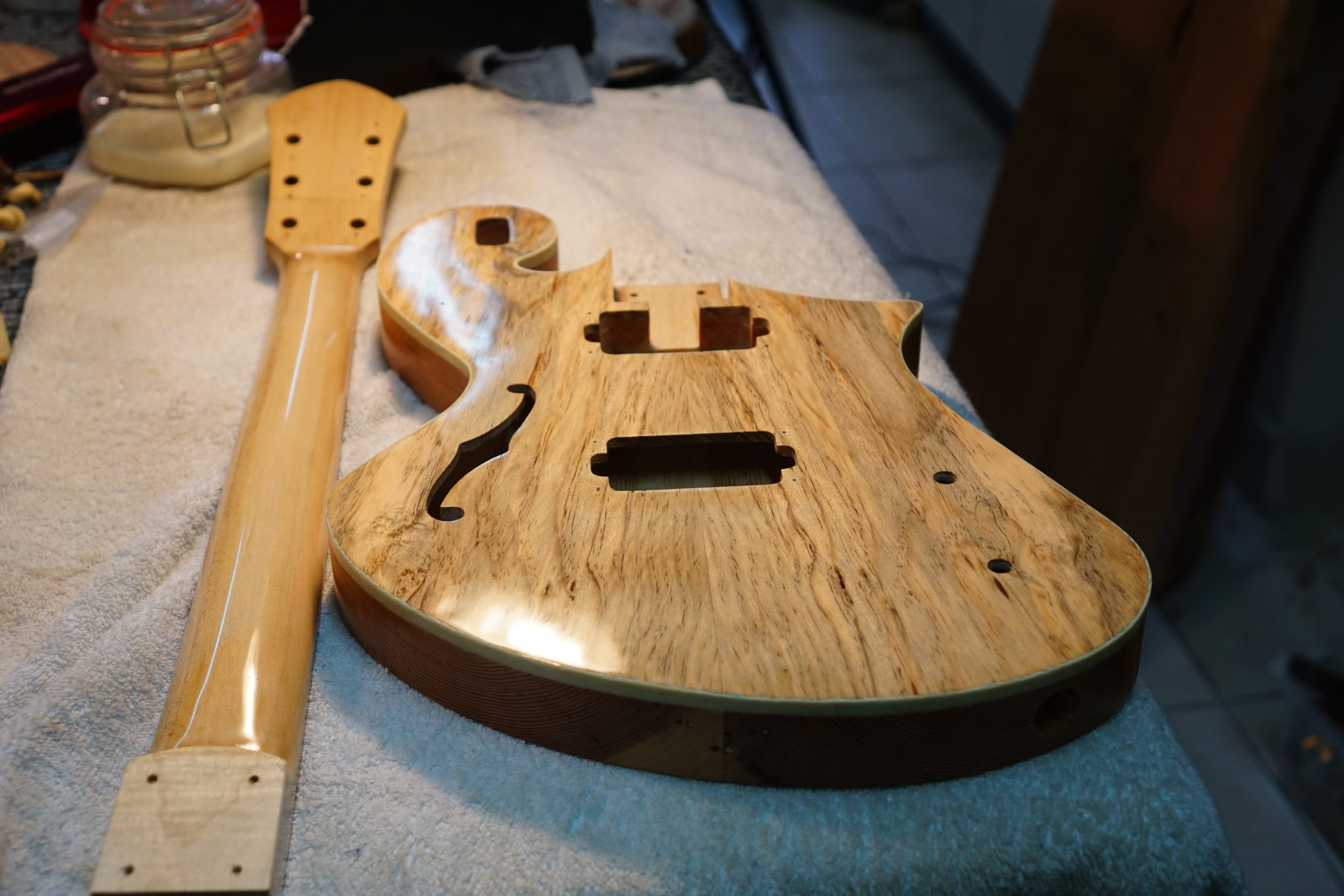 An upcoming Spirit of the Wind guitar with bookmatched Jerusalem Pine top a Mediterranean Cypress neck. This one will be equipped with Peter Green/Jimmy Page style out of phase humbuckers.

Want to hear more?
Fill in your details and we will get back to you soon!
Contact Us
Contact Us
Scroll to top